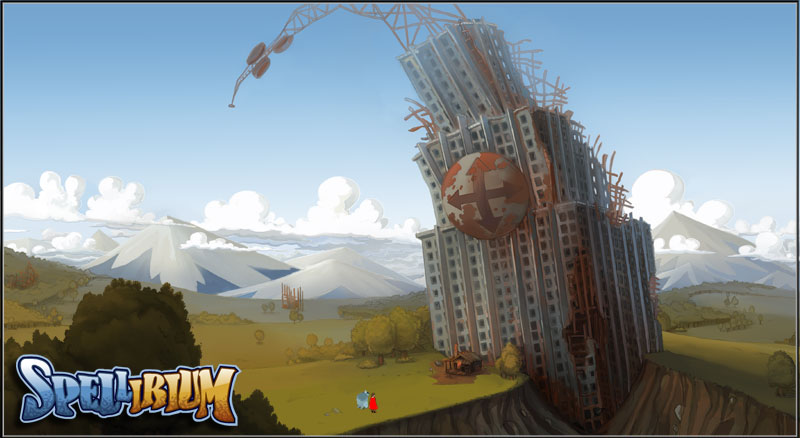 Reading and writing have been outlawed. It’s left to Brother Todd and a crew of oddball characters to journey across the devastated landscape, bringing peace, order, and proper grammar to a ruined civilization.

Todd, an apprentice Runekeeper, helps four old men care for a secret underground library filled with “forbidden runes” – the street signs, books, and detritus from the ruined past that all have illicit writing on them. Todd is left alone when the Runekeepers leave on a mysterious mission, but not for long: a tragic event spurs Todd to leave the Runekeeper cottages for the first time in his life, aided by a shaggy blue monster named Lorms.

The prescient mystic has answers for Todd, which come at the cost of even more questions. Todd and Lorms meet a hardened tracker and a flamboyant bard who lead them to one of the missing Runekeepers, but they could be too late!

Todd leads his companions on a quest to find an item that will link them to the spirit world. In the process, he hunts a bizarre creature and resurrects both an ancient machine and an old ally. The next missing Runekeeper brings Todd to a devastating realization.

Forced to face a new reality, Todd seeks help where it no longer exists. His only option is to forge new alliances to cope with the earth-shattering secret he discovers in the woods. As Lorms is transformed and the Hunter is threatened, Todd makes his final stand at the edge of a perilous cliff. A single choice decides both his destiny, and the hope of the world once the sun finally rises.